Fantasy Football season is a journey. Players come and go. In Best Ball they only stay. I did about 50+ Best Ball Drafts and those who know the injuries the BEAST DOME Draft Guide had to dodge this season, I am impressed to say that 12 of those teams made it to the 2nd Round of the Best Ball Qualifiers. Which means coming in 1st or 2nd place in a 12 team league Week 1-14 Total score. 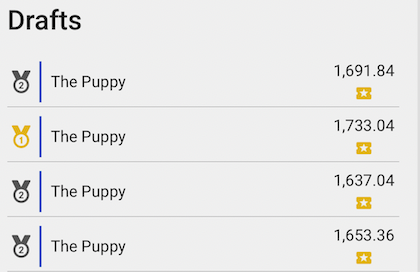 TJ struck the Fantasy Football world on fire to start the season. Then the tough defenses came in to disrupt the momentum early on. Hock was starting to get his groove back including catching a TD on Thanksgiving that gave all the BEAST DOME NATION a happier day. However we now know his season is over. Hock was among the NFC Leaders in Targets. It was a solid season, but to be honest I was a little disappointed all season long as it seemed like he should have done more.