Now that Week 5 is complete, we are basically 1/3 of the season complete. Yes a lot of players can turn their seasons around and end up with the numbers they usually end up with. However lets take a look at my picks.

I only show the Public my BUST picks. To get my BEAST Picks, signup for the BEAST SEASON PACKAGE for Free!!

Yes Lamar Jackson has been a stud..Week 1 & Week 2. Since then he has completely come back to earth, and bad news his schedule gets a lot tougher. Same can be said with Dak who has not looked the same since an easy schedule to start the year.

Cam & Wentz & Murray & Trubisky have been on point, Josh Allen will no doubt be a bottom 20 QB.

Russell Wilson was my worst pick on this list, and the reason is because I did not have enough faith in my worst pick at WR in Tyler Lockett. 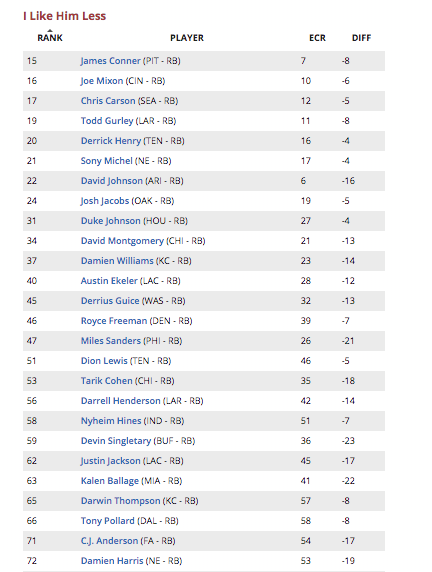 David Johnson + David Montgomery + Damien Williams were legendray picks. Everyone wasted their 1st – 3rd Round Picks on those guys. Should we not forget Darrell Henderson? Miles Sanders? Cohen?

Gurley + Carson I have been wrong about, Ekeler so far but his stock will drop as the Chargers get back to full strength. Lots of great picks on here, keep in mind all the other experts rank everyone just about the same. So to have this many Busts…Big time. 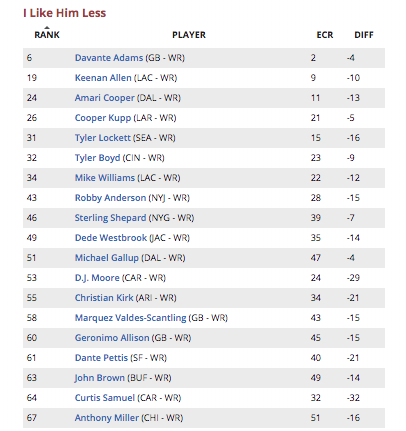 Cooper + Lockett have been studs. Cooper’s schedule gets tough for the 2nd half of the season which is why I put him that low, we will see if that happens. As of now with the Eagles secondary in shambles, looks like I will be wrong about that pick. Lockett is solid too he is great in the slot, something I though the Seahawks would not do since he is so small. Kupp was another bad one, cant win them all.

The rest of the WRs will more or less be on point.

Rough year for the TE position. Kelce has 0 TDs, and the rest of these guys are not really doing much either. Hooper and Engram have had their moments, but both players will see a decrease in stock to close out the year. Giants getting Tate back, Falcons with so many weapons.

There have definitely been some BEAST Picks I have provided this year, but this pick is my favorite of them all. The Patriots Defense has single handily won games for a lot of owners this year. Their Defense has been BEAST and you can get them after the Top 10 Defenses were off the board according to the Sheep Experts.

We will follow Team BEAST DOME as we get past the midway point of the season. Hanging on in there, once the strategy is revealed to the Public, I will show you who is on Team BEAST DOME roster. The MVPs know, as they have pretty much the same exact players.

BEAST THE ODD$ will be back this weekend, and we got a Special Fantasy Basketball article coming out this week!