LEN YOU A HAND

The key to winning your Fantasy Basketball league down the stretch, is grabbing the key guys on the Waiver Wire who are going to make a difference in your life.

Once upon a time a few years ago, I was in a Vegas Night Club getting my $20 mixed drink and saw a 7 footer at the bar. I knew he was a NBA player but did not know who. I saw him get up to walk away towards the dance floor and made sure my path found his. I asked him, “What’s your name?” he looked at me with a cast on his hand and said, “Alex Len.”

Instantly I rolled through my roll-a-dex stats in my head and remembered Alex Len looked nice as a Rookie in very limited minutes. The numbers were not sexy, but his long athletic 7 Foot body running up and down the court was a Blocks/Steals Machine.

I quickly snapped back to our conversation and said. “When you are the starting Center, I am going to put you on my Daily Fantasy Teams.” He laughed, I laughed and now I sit here 3 years later telling you the story.

At this point of Alex Len‘s career. He definitely has been a fantasy factor getting block shots and potential double-double numbers in very limited. In 2018 Len was the 3rd leg in a crowded depth chart with Tyson Chandler and Greg Monroe in his way. With Greg Monroe on Boston, Len has been seeing great playing time consistently in the 20s. With the Suns season just about over with nothing to play for, Tyson Chandler is starting to miss games more frequently and could end up sitting the crucial weeks of the Fantasy Playoffs. 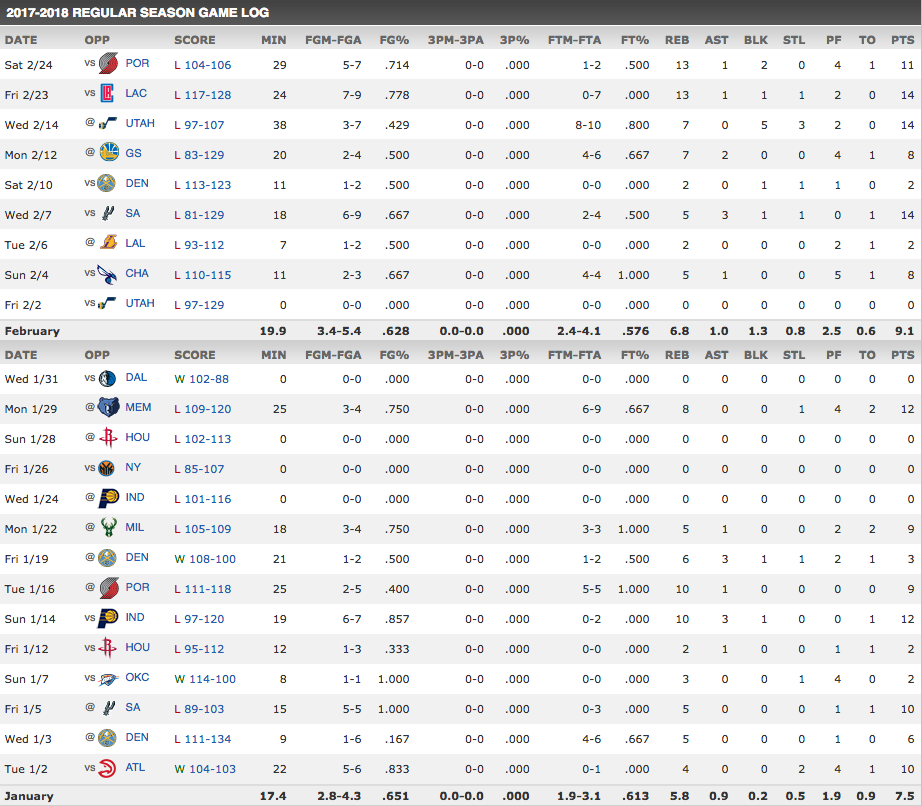 While Len is starting to get the minutes and put up consistent numbers. Remember the Suns have another big man star in Alan Williams who could return Late-March. With Tyson Chandler currently nursing Neck Spasms, Alex Len can carry your squad during the next few weeks of your NBA Season as the Suns are playing good basketball with Len looking like a constant Double-Double Threat to boost your squad.

If you have questions about other players, feel free to comment below.