The loss of DeMarcus Cousins was a DEVASTATING BLOW. Not only to the New Orleans Pelicans, but all owners that owned DeMarcus Cousins. Including myself. While Fantasy is never more important than reality and even if DeMarcus was on another person’s team. I feel horrible for the guy who has Hall of Fame potential written all over him. Wish him a healthy rehab process. 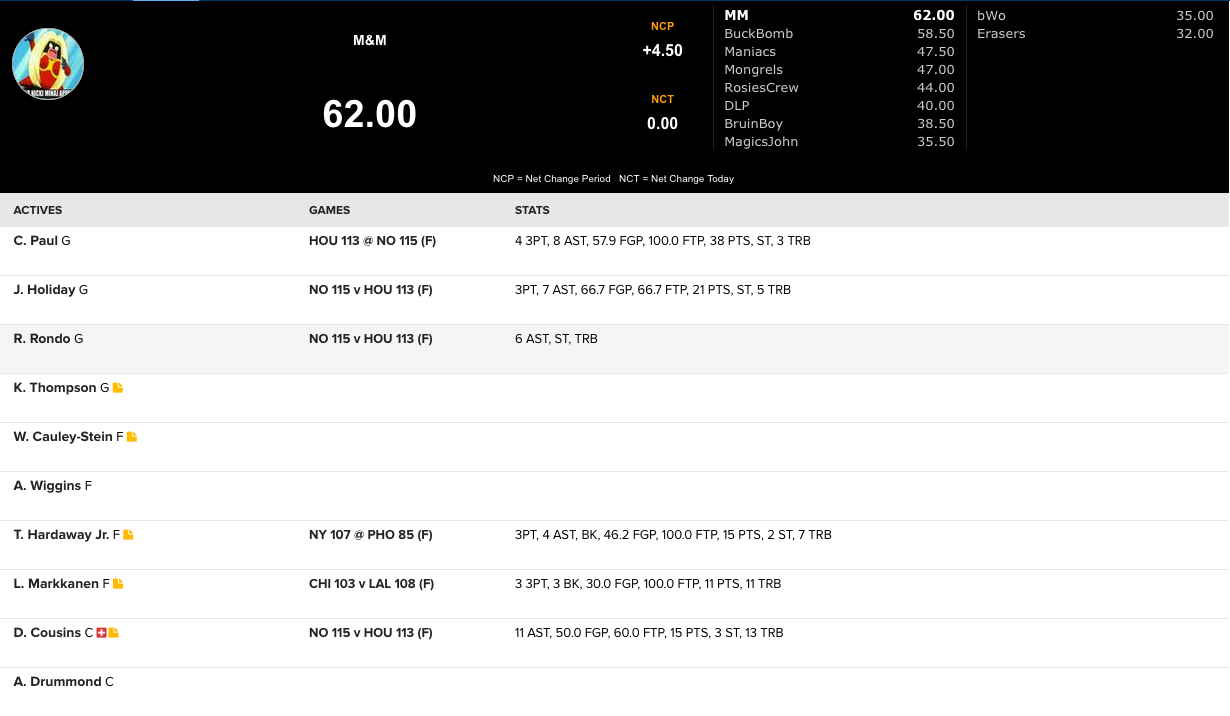 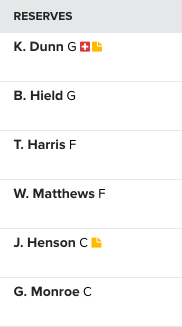 The Pelicans were my team this year.

I even predicted them winning the NBA Championship

Before you laugh, consider that they can beat the Rockets like they did tonight with Cousins going down, they dominated the Spurs by 27 Points in their only contest earlier this Season. Most important of all they played the Warriors 3x. The Pelicans won the 1st Quarter all 3x. When you combine the scores of the 1st Quarters in all 3 games, Pelicans outscored the Warriors 103-79. A 7 game series would be interesting.

Now on a Fantasy Level.

Replacing a player like Cousins is not going to be easy, but owning both Greg Monroe and John Henson are two HUGE upside Centers for the remainder of this season. Both players were featured as BEAST DOME Waiver Wire Adds. In fact, it is quite possible that the Pelicans trade for Greg Monroe as the Suns really have no interest in building his future as a Sun. Even though Monroe continues to prove to be the most dominant Suns scorer on the court, after Booker. The Suns refuse to play Monroe unless it is a back-2-back and Tyson Chandler is getting the day off, or Alex Len is banged up.

While the Pelicans will likely have to give up a 1st Round Draft Pick to get Monroe, or at least a high prospect, NBA Trades are not as frequent as they could be. The Pelicans owe it to their fans to give them something to root for and a strong playoff push. While Anthony Davis is not good enough to carry the Pelicans past the Warriors, if they can add Monroe or a strong center, they still have a chance to win a Playoff Series.

The two players that are going to have to step up the most are E’Twaun Moore and Darius Miller.

With teams almost guaranteed to double Anthony Davis down low, it is up to E’Twaun Moore to spread the court and knock down 3 Point shots. On top of shooting 3’s, Moore has guard capable ball handling skills to drive the paint, as well as a strong mid-range jump shot. When Moore gets hot, you need to feed him Moore. E’Twaun is a player who should see 35+ Minutes a night starting at the SF spot, and moving to the SG spot frequently through the game. With Jrue and Anthony Davis seeing more defensive focus, E’Twaun is going to be a vital part of the Pelicans offense.

While Miller may come off the bench, or start at the Power Forward. The upside on Darius Miller is potential Fantasy Basketball Playoff MVP. If the Pelicans are out of Playoff contention at the end of the season, Darius Miller could be a candidate to shoot the ball 18+ Times a game. If the Pelicans do the unthinkable and trade Anthony Davis away, or Anthony Davis gets beat up taking shots from strong Centers. Darius Miller will have the green light, every night. Darius Miller is a very talented shooter especially from 3 Point Range. He is a weapon off the bench, and even though he is more suited for the SF spot, the Pelicans have no problem throwing him at PF with his 6’8/225 frame. While Miller is more of a Deep League option, you can do worst than stashing him until the right option comes up.

The loss of Demarcus Cousins is a horrible loss. You have to feel for the Superstar who still has a very bright future and potential Hall of Fame career. The Pelicans are a Franchise that has proved for the last few seasons that they are a Franchise that is trying to win now, not rebuild. Anthony Davis is a once in a Lifetime type of player, and the Pelicans are not going to trade him away. E’Twaun Moore (43% owned) is the guy who is MUST OWN with Anthony Davis gone, while Darius Miller (10% owned) is the fall back plan if Moore is snatched up.

FEEL FREE TO ASK QUESTIONS BELOW