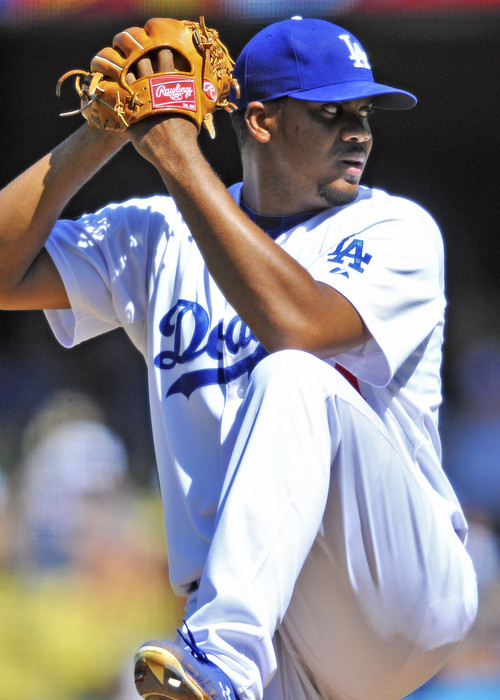 Stats as of 5/7: 2 W, 2 SV, 27 K, 2.70 ERA, 0.96 WHIP
The entire fantasy world went nuts upon Don Mattingly’s announcement that Javy Guerra was being removed from the closer role. Kenley Jansen, he of last year’s record-setting 16.1 K/9 rate, immediately becomes a top 5 closer. Everything about the guy is encouraging, not only the unmatched strikeout potential. His BB/9 rate has decreased every season since his call up, down to a low of 3.78 this season. His career HR/9 is 0.46, and his career opponent AVG is .149, both numbers reminiscent of “Game Over” Eric Gagne in his prime, and better than the career numbers of Mariano Rivera. Now, Jansen is not going to match Gagne’s 2003, arguably the greatest season by a closer ever. But he’s what Dodger fans have been yearning for, someone who can once again make them think, “Game Over.” And he’s what fantasy fans have been yearning for, basically a Craig Kimbrel twin, but without Jonny Venters breathing down his neck.