1B is a position where you need Power. There are Elites at this position who can not only lead the majors in Home Runs, but as well as RBIs.

So when Experts are saying.

They are setting you up to fail. 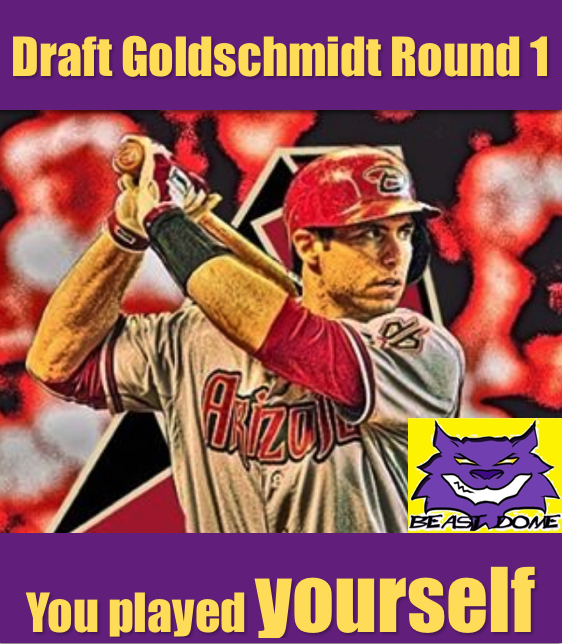 You are steering your draft towards a brick wall as you are wasting quality picks that can be used for so many other superstars.

TO name two hitters that are currently going behind Goldschmidt.

Both are Superstar BEASTs at a position which lacks depth.
Both will almost definitely have better numbers than Goldschmidt barring health.

While Votto/Goldy are definitely ELITE hitters. You are not even getting the most dominant players at your position with a 1st and 2nd Round Pick.

While Batting Average is nice, 500 At Bats towards your total at Bats for the season will not make that large of an impact.

The Stolen Bases help from Goldy, and he is the only one that can get you 20+.
Minus Ian Desmond who could put up better numbers than Goldy in Colorado.

Regardless, you can draft speed at other positions no problem at all.

Do not rush to hit the panic button at 1B unless you are drafting.

Played last season with a dislocated thumb, still hit 38 Home Runs. When this guy is 100% Healthy and feeling good about himself, there is not a more dangerous power hitter in the game. The AL East Softball Fields will always provide Chris Davis with a chance to have multiple multi HR games. He is the easy favorite to lead the Majors in Home Runs as he has done it twice over the four year span I have predicted the HR Champion. We can see a career year from Crush.

Chris Davis is being drafted as the #74 pick on average.

I would target him in the 6th round of all Drafts. You can also look to take him off the board once 6-7 1B options are off the table if you want to be risky.

If you miss Chris Davis because there was something sexy at another position you had to draft, or even if you just want to rely on any of these 3 bomb squad players below.

Did I mention they are all undrafted..

The steal of all steals. Currently going as the #285 Pick and not even anywhere close a Top 20 1B according to all the FantasyPros Experts.

Chris Carter is ready to be the BEAST that keeps on giving.

The Yankees brought him over to not only lead the team in HRs, but to lead the Majors. He was the Co-NL HR Champion with Nolen Arenado last season, and moving to Yankee Stadium where he has hit 3 HRs in each of his first 3 series, there is no doubt he can hit 50+.

Jacoby Ellsbury, Brett Gardner. Those guys do not stay healthy and are old and no longer vintage MUST-START players for the Yankees anymore. Greg Bird has yet to prove himself and is coming off of shoulder surgery.

The job is all Chris Carters for the taking. He is a MUST MUST DRAFT. Take him in the 20th Round with confidence. I would draft him earlier, point is nobody sees him. Contract year as well should add fire.

Going back to Texas after a Career Boost in Cleveland is exactly what the Fantasy Doctor ordered. Mike Napoli hit 34 HRs with Cleveland last season and playing in Arlington which is one of the top HR ball parks in the majors, Napoli will be ready to Rock and BEAST for a Rangers team that will have him stacked with RB opportunities left and right.

Nap is nowhere near any experts top 20.

Let the Sheep Nap on him and take him well above his ADP of #217 if you need 1B depth.

The Blue Jays are replacing Edwin Encarnacion with Kendrys Morales. While some will see this as a downgrade, which in a way is. Morales is still such a BEAST switch Hitter, the loss of Edwin will not be that deep.

Like I mentioned above, Morales is a switch hitter which is a threat alone, he smashed 30 HRs last year, the last time he did that was 2009. Health has always been the downside to Morales who is now 33 Years Old. However going from the less HR friendly ball parks of the AL Central, to the play pen AL EAST. There are going to be HRs and RBIs flying off of his bat all season long. Morales is ready to show that he is nowhere done. 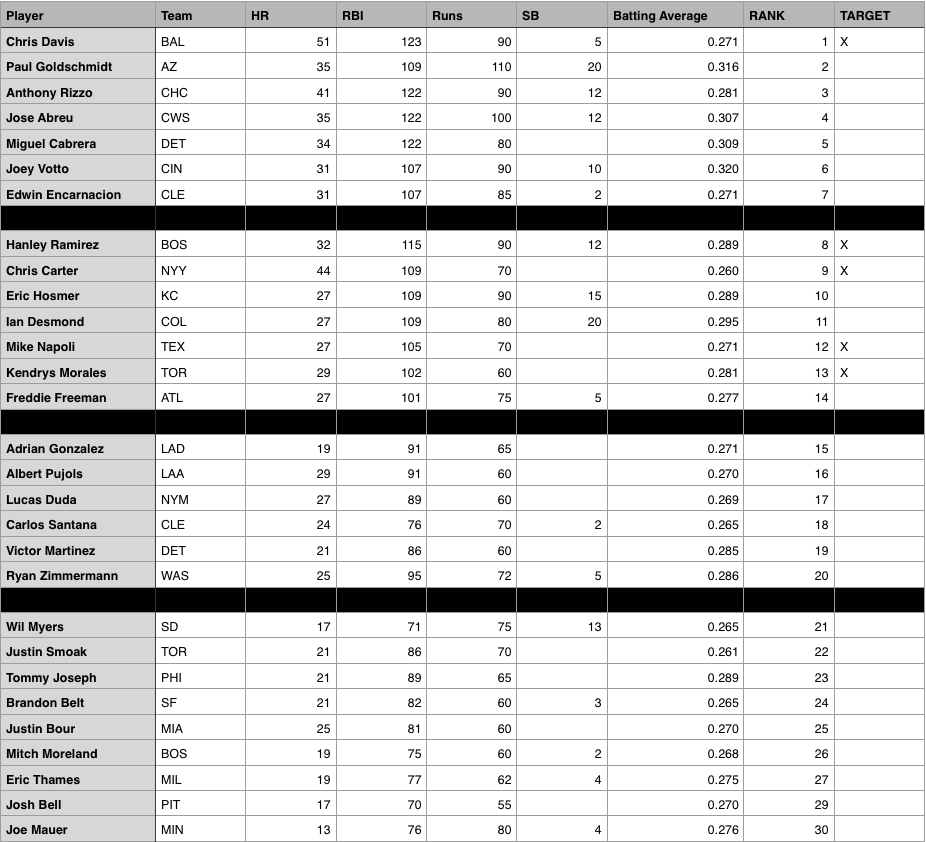 SEE THE REST OF MY RANKINGS AND STRATEGY