It has been an interesting season for the BEAST DOME Squad. We hung in 3rd Place nearly all month, before fading to 5th. Still very much in the hunt. While the Grand Grand Prize of winning over $100K like Jason won $30K in Football seems very far out of reach. We can see a miracle and still finish in 1st Place in this league. 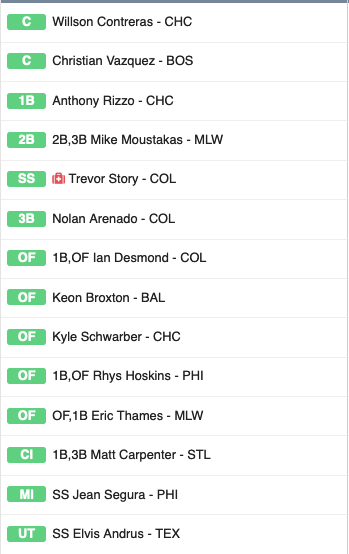 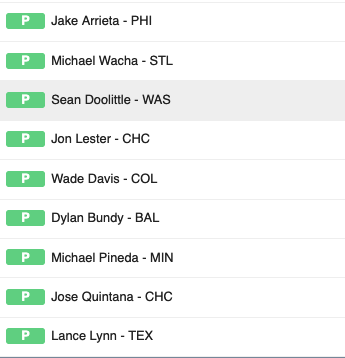 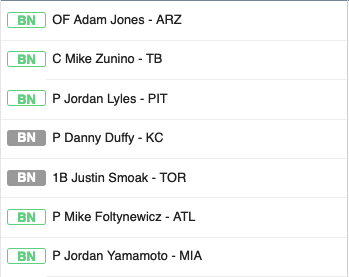 In a nutshell, pitching continues to be the downfall of this team. Hitting we are in a class of our own, pitching we are on the bottom. The downfall of ERA has been due to Folty getting shelled every time he goes, we got killed by King Felx earlier in the year, and the rest of the pitchers have been inconsistent. Losing Rich Hill last week was a big loss, however this squad will continue. The dagger was dropping Giolito earlier in the year..

The strategy was not to worry about Starting Pitching at all early in Drafts. This year all Aces are getting crushed.

Elvis Andrus and Contreras have been huge sleeper studs, lots of good hitting from my reliable stars in Story/Arenado, while the rest of the team has picked up the slack. I am probably rolling with Keon Broxton a little too hard, but I need the speed badly.

A lot of Baseball left, pitching more important than hitting to make it to the top. Keep an eye on my guys, really looking at a breakout Dylan Bundy second half. Potential trade to a winning team? Bundy has not been pitching lights outs up until his last start against the Padres. The last time Bundy was shelled before that, Late April.

Bundy can be a star and is available in a lot of leagues. Orioles offense is putting up runs this year!