The 1st Half of the MLB Season is complete. With every new chapter, it is important to look back and admire your accomplishments. The HRs, the Stolen Bases, The Strikeouts, The Wins. All of my preseason predictions are coming to life and I thank god for giving me ability to be a Fantasy BEAST. 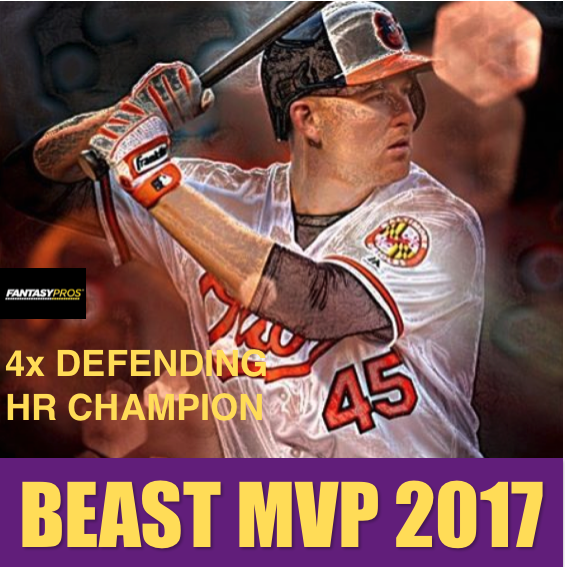 BEASTFRANCHISE Batting Order Fantasy Baseball is here, and it is Free. Signup and Play Today to win BESTWAY Pool Prizes Daily, and Manage your BEAST FRANCHISE Roster From July 16th – July 31st, and Qualify for the BEAST FRANCHISE ‘THE BESTWAY TO PLAY FANTASY BASEBALL’ CHAMPIONSHIP on August 1st and Win a Jacuzzi Hot Tub. BEASTFRANCHISE.com 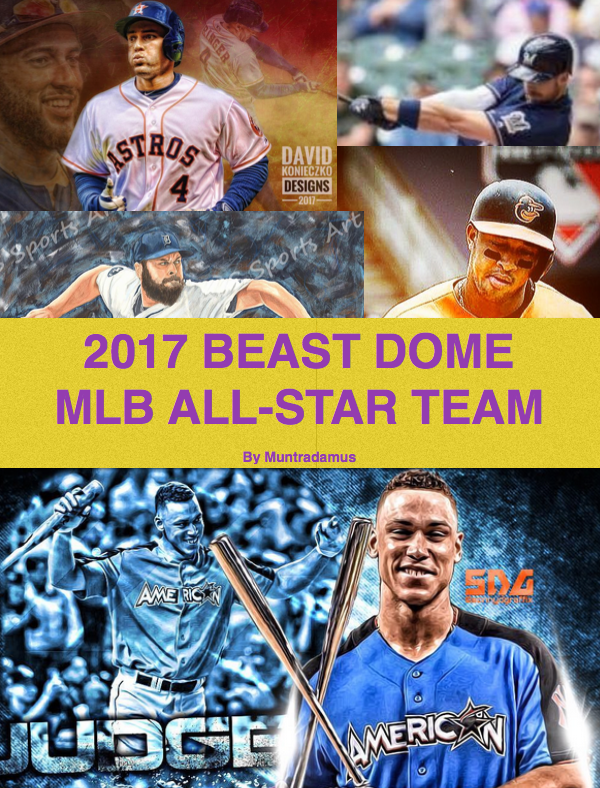 The Catcher position has been so scarce this year, 12 HRs in only 64 games puts Zunino only 1 HR behind Gary Sanchez for the season. Zunino currently ranked tied in 4th at the position, he is 2 HRs away from being #2 at the position. Lots of baseball left, a great sleeper anyone could have grabbed at the end of their draft.

Travis Shaw is killing it. The power hitting lefty from Boston has been one of the best players at the position as he currently Ranks as the #3 1B behind Votto and Goldy. Shaw should continue to crush through the 2nd half of the season, and if it was not for a small stint on the DL, Shaw could have been #1.

Schoop leads all 2B in HRs and looks like the next potential Brett Boone or Jeff Kent, Schoop is crushing it and 40 HRs will be in his future either this year or next.

21 HRs and the potential 40+ HRs, Sano is a monster at the position and this is the last year he will ever be ranked outside of the Top 10.

The number 2 ranked SS in Fantasy Baseball is putting on a show and a good reason to show all of you that you could have waited at the SS position. Andrus was a heavy part of the draft strategy and the breakout season is here.

Neon Keon was a BEAST DOME Legend from Day 1. Even with the early season struggles after 1 Month of 1 HR and 7 SB, I said to Buy Low on the BEAST DOME stud who is now tearing up with a potential 30 HR/40 SB season.

No Expert Ranked George Springer higher than myself and he is having a MVP type season.

All Rise for the BEAST Fantasy Expert Muntradamus. Not only did Aaron Judge crush in the HR Derby, he is on his way to a Triple Crown Season.

The Bruce is loose. Jay is on his way to a 45+ HR season, something his Ex-Fantasy Owners could only dream of his from his past.

Domingo Santana is a BEAST in the making and is on his way to a 30 HR/20 SB season. A player that could have been had at the end of all your drafts.

So Call me Maybin has been a BEAST DOME favorite for years, and when he signed with the Angels, playing time was never a concern despite the horrible Spring Training. Maybin was leading the AL in SB heading into July.

Harrison is on his way to a 20/20 Season for a price of a near last round draft pick. Harrison has always had potential, and now the playing time is there for the MLB All-Star utility man.

Cozart was leading the MLB in batting average all the way until a hamstring injury in June derailed his season. Cozart was the leading the MLB SS in all votes before the injury. He should rebound nicely in the 2nd half.

Gio the Explorer is on his way to a career year as he has regained his vintage form being one of the strikeout leaders for a fraction of a penny. The Nationals will continue to win games, Gio will continue to rack Ks.

Nobody more dependable than Fulmer. Okay that might not be true, but Fulmer was rock solid during the 1st Half of the MLB season and Detroit’s offense will give Fulmer the potential for a 20 Win season.

The Cubs played as bad baseball as they could have played, and Wade Davis still made the All-Star Team. Granted he gave up the game winning HR to Cano, Davis should BEAST out in the 2nd half and rank as the Top Closer in Fantasy Baseball.

Kinztler currently ranks as a Top 5 Closer in the saves department, and you could have had him at the end of your draft for a penny.