Last MLB Preseason we were talking about the contracts that both Bryce Harper and Manny Machado earned last season. This season the talk has been nothing short of the Houston Astros. While the mass is distracted about how many times Altuve is going to take a Fastball off the Ribs, or the over/under 82.5 for the amount of times the Astros players are going to be hit by a pitch. The real story is the spotlight is gone from Bryce.

There is no doubt Bryce Harper is maybe the most electric player in baseball. From towering Homeruns that are still flying, to just being so clutch you cannot handle how good he actually is without being wowed. Lost in the fold of his great 2019 season where he had a career-high 114 RBIs to go with a BEASTly 36 HRs and 15 SBs is the fact that Phillies did not make the Playoffs. People aka Sheep forget how great he actually is, and now you can get maybe one of the best players in all of Baseball in the 3rd Round of 10 Team Fantasy Baseball Leagues. Just how asleep are these sheep you ask? You can also find Aaron Judge and Pete Alonso in the 3rd Round as well!!

Why is Bryce going to be amazing this season you ask? There is no spotlight pressure from years past, he is no longer the villain that people made him out to be. The Phillies are hungry after not making it to the playoffs last season, that fan base will not allow them to fall short again, if they want to live in peace. McCutchen is healthy and they added Didi Gregorious. Someone that can get on base for Harper in Cutch, and someone that can hit Bryce home in Didi.

There is a lot of talent in Fantasy Baseball this season, but Bryce Harper in Round 3 is ridiculously great value but don’t get me started on all the gems that are laying around the Draft Board. This Fantasy Baseball season there is no doubt we are going to BEAST. 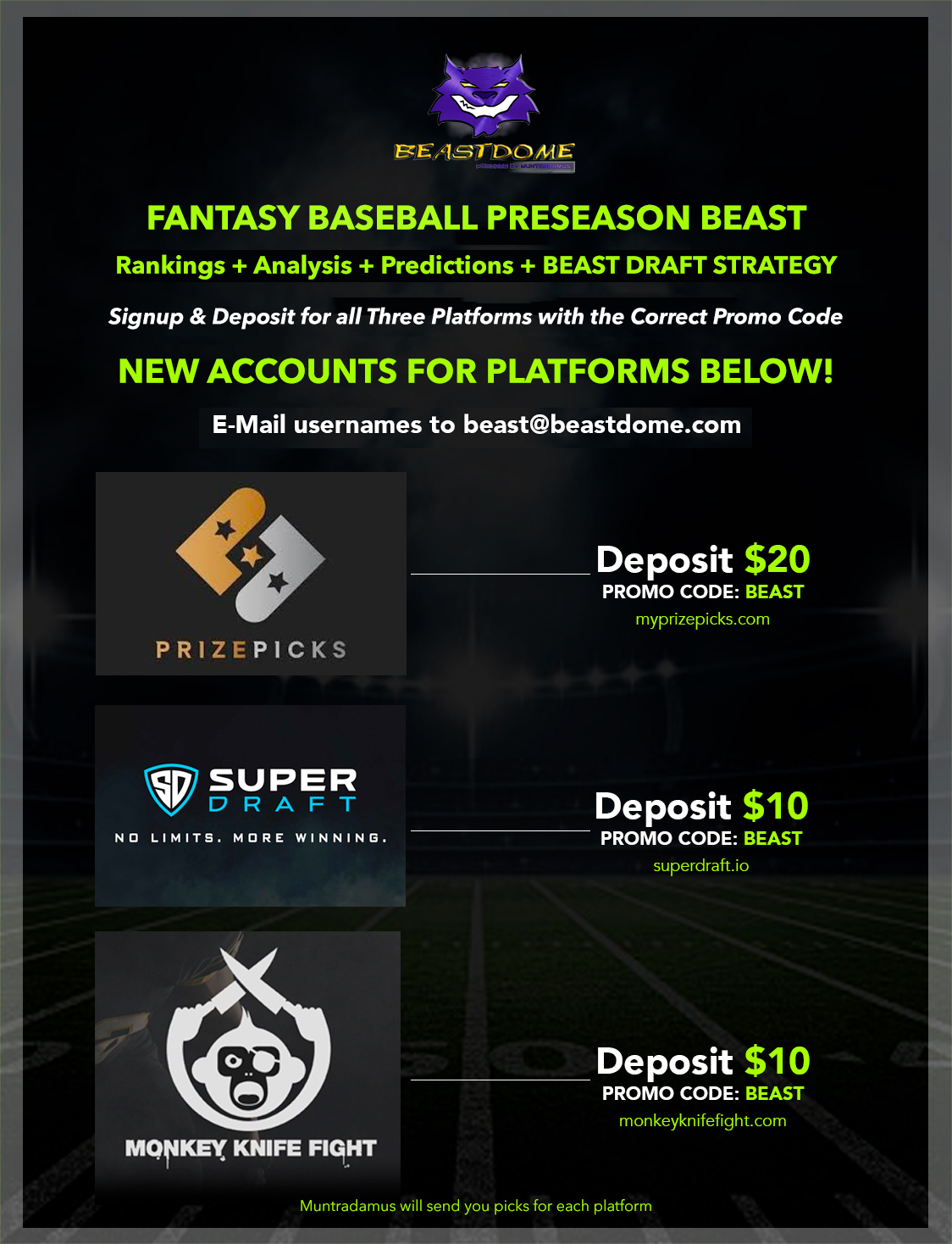