When you look at a baseball player for the first time, you notice their physical attributes. Some players are built for speed, others for contact, while some are PURE power. When you see a player that has the body to do all three, you will take a closer look at this player. When that player actually performs to your expectations based on what you scout out, that is when you know a player is for real.

Last season was a rough one for Jean Segura who failed to find consistency despite being on one of the best offenses in the NL. While others are saying he is not worthy of a Draft Day Target, I am telling you he is MUST-OWN and MUST-DRAFT and easily the sleeper of the 2015 Fantasy Baseball Season. In fact I am already cashing in the ticket.

Jean Segura was always a highly ranked prospect in the minors. Scouts thought so highly of Jean, that after 1 game of MLB action he was the main trade piece from the Angels to acquire Zack Greinke from the Brewers. What makes Jean so good is that he can do it all with both his power and speed.

While his MLB Career high in HRs is only 12, he has the potential to hit 20 before it is all said and done. Last season was a struggle for Segura who was having trouble getting on base at a consistent rate, and consistently hit the ball where the defense was playing him. Only 70 Strikeouts in 513 ABs for his speed should always result in a good season with batting average. That was not the case as Segura ended up with nearly 50 less hits and a .246 average.

What makes Jean Segura so dominant is his speed. He stole 44 Bases in 2013 and was also named to the All-Star Team. One bad season out of two full seasons is not enough to write off this superstar talent, and that is what Fantasy Experts around the Internet are doing.

SEE ALL SS RANKINGS (VIP ONLY)

With Norichika Aoki now in San Francisco, the leadoff hitter spot is up for grabs. Right now everyone is predicting Scooter Gennett to get it, but it will not take long for everyone to realize this guy is a much better #8 hitter with his .261 batting average as well as below average speed.

When Jean Segura is the leadoff hitter, everyone will be on the Segura bandwagon faster than all the Miami Heat Fans rooting for the Cleveland Cavaliers this season. Even if he never does bat lead off, Gennett will not get on base enough to clog up the basepath for Segura. When Ryan Braun has a better 2015, Jean will score more runs as well. 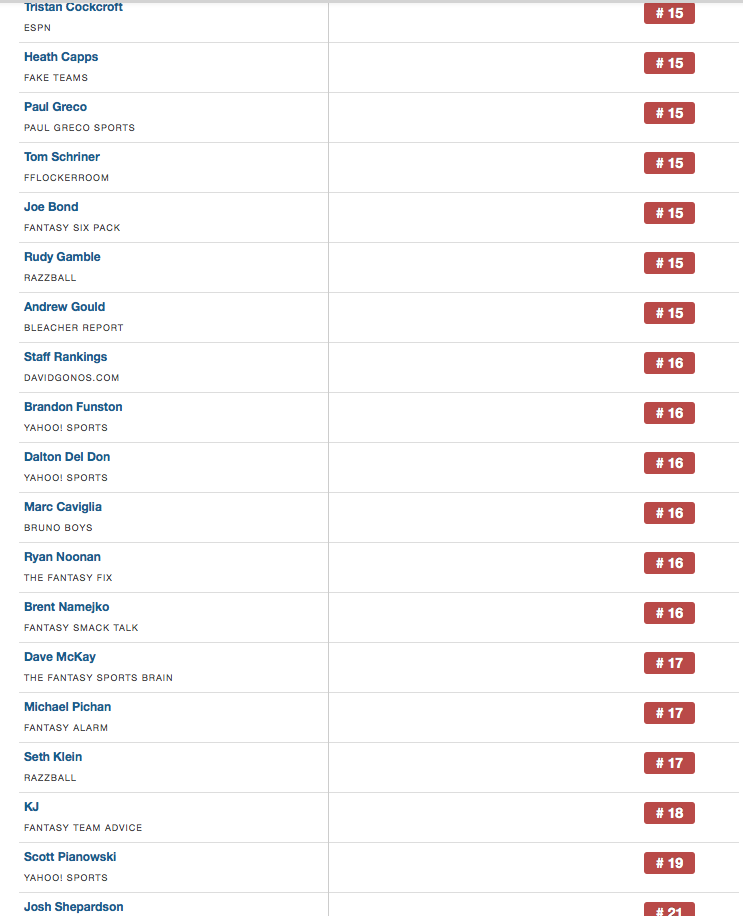