The Price is Wright (David Wright)

Baseball is not an easy sport. Nobody can pickup a bat for the first time, and hit it 300 Feet which is still not a HR. When you are a MLB player, it is never easy to hit a HR no matter who you are. Anyone from Rene Rivera to Chris Davis can hit a HR on any given at-bat. There are times where not hitting a HR for a while becomes mentally tolling on your mind. When you do not see the ball leave your bat and into the stands for a while, your whole season can be thrown off. In 2014, that is what happened to David Wright. 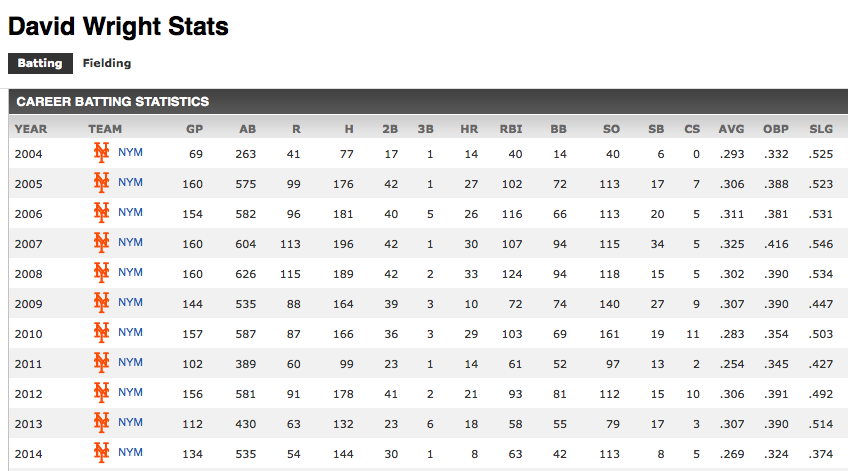 2015 brings a brand new season for David Wright. Those 8 HRs he hit in 2014 are far away thrown in the garbage and Wright comes in with the optimism and focus that he is ready to return to vintage form and hit 20+ HRs.

Last season David Wright was battling shoulder soreness the entire season. Instead of playing it out and getting surgery to be ready for 2015, Wright opted to sit out the season early and train hard to get it back to the shape it needs to be. David Wright comes into Spring Training feeling 100% and ready to rock for opening day.

Last season the Mets were a really bad team. Big reason for this was the BUST season of Curtis Granderson who did not live up to even a shadow of his Yankee-self. If Granderson can have a better season, as well as the addition of Michael Cuddyer making an instant impact, the Mets can finally score some runs at a consistent pace.

SEE ALL 3B RANKINGS (VIP ONLY)

The good news is the NL East got a lot weaker with the Mets slightly improving. While the Marlins hitting improved, their pitching did not. While the Nationals improved and are untouchable, the Braves and Phillies are both in re-building mode. This should be a nice surprise season for the Mets, and it all starts with their superstar and cover man of their team, David Wright.

DAVID WRIGHT has an ECR (expert consensus ranking) of #11. To think that David Wright fell out of the Top 5 3B options because of one bad season where he was injured is a joke within itself. Especially where these Experts Ranked the 8 Time All-Star and 6 time MVP consideration. 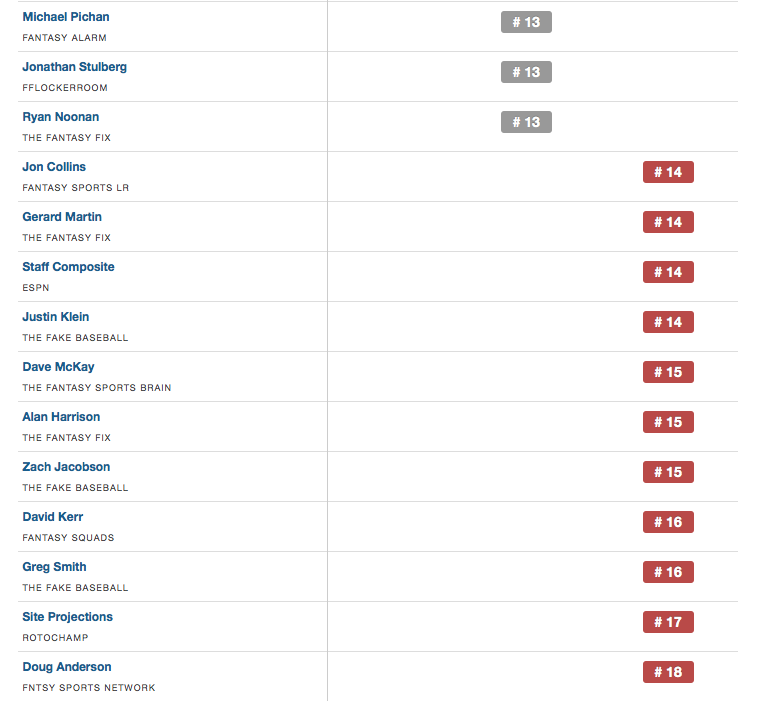