The reason I do not like Sonny Gray is simple this year. The Oakland A’s offense lost too much this offseason. It was first very questionable for them to ship off Yoenis Cespedes who was the heart and power of the A’s Offense.  When the A’s carried on in the second half of the season each start had to be nearly perfect for an Oakland starter to get a win, 2-0 scores was the type of mindset the team was playing with.

Just when you thought it hit rock bottom for the A’s offense, they lost two more stars. Josh Donaldson who was easily the most improved players of the year is now in Toronto. Brandon Moss who proved to be a legit power hitter is now in Cleveland. Losing Cespedes/Donaldson/Moss from their opening day roster 1 year later is a huge downfall. The A’s did add Brett Lawrie in the Donaldson trade as well as Ben ZoBEAST, but those pieces are not power hitting missile launchers. Even adding Billy Butler to the equation all of these hitters are line drive slappers, and the A’s are now a team that will force their starters to pitch even more perfect in 2015.

That is where Sonny Gray comes in. A pitcher who easily can throw a BEAST outing every time he steps to the mound is not in a great position. Let us take a look at how Sonny Gray pitched when Cespedes was traded to Boston.

Too much pressure to pitch perfect because of the lack of offense ended up killing his stats.  Gray went 2-7 and saw his ERA skyrocket in August and September. Gray was on fire nearly all season with a 12-3 record with a 2.65 ERA. Then it all went out the window as he finished with a 14-10 record and threw a complete game shutout on the last game of the season to disguise his ERA to 3.08.

Now with the A’s losing Josh Donaldson and Brandon Moss, I do not want to even imagine how pathetic the A’s offense will be. They will either score 7 runs off of 11 hits, or they will score 1 runs off of 4 hits. Either way, the Mariners got stronger adding Nelson Cruz and the Rangers are now at full strength with a healthy Prince Fielder. Let us not forget the Angels who can always put runs on the board behind Mike Trout and Albert ‘Winnie The’ Pujols. The AL West is getting tougher and Sonny Gray is on the wrong side of the fight. 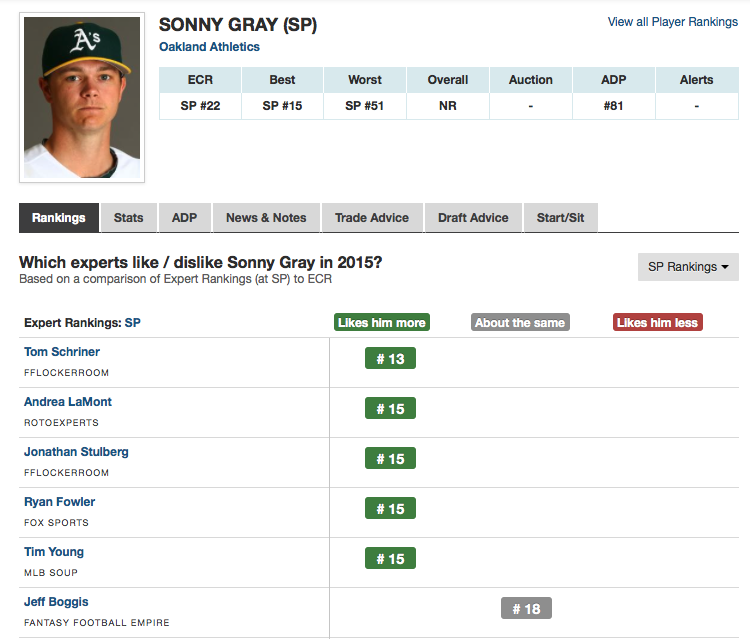